Prameha word consists of two words i.e., Pra (Upsarga-Prefix) and Meha. Meha is derived from the root ‘Mih Sechane’ meaning to perfuse (watering), Excessive quantity and frequency are indicated by the prefix (pra).

The clinicopathological status of the disease has an invariable relation with the physical constitution of the body in Madhumeha. [Cha.Chi.6/15] [Su.Chi.11/3]

Santarpanjanya Madumeha is directly due to the intake of a nutritious diet, which are having kaphavardhaka properties. The excess intake of such substances will primarily lead to the vitiation of Kapha, pitta, Meda & Mansa, which in turn causes Madhumeha by doing Avarana of Vata. [Cha. Su.17/78-81] If the substances which deplete the dhatu & aggravate Vata are consumed then it leads to Apatarpanjanya Prameha. They act through the vitiation of Vata which in turn leads to the manifestation of madhumeha.

Abnormality in Stri & Pumbeeja (Ovum & Sperm) which is said to be Matrupitru Beejadoshakrita will cause Sahaja Prameha. Or in other words, it is being received from hereditary trends. Charaka stated that indulgence of Madhura rasa by parents is the chief cause of changes & damages in the sperm & ovum. Excessive intake of Madhura Rasa during pregnancy is depicted as a major cause.

Madhumehi passes urine having Kashaya & Madhura taste, Pandu varna & Ruksha quality. According to Sushruta, the urine of Madhumehi resembles that of honey.

The special manifestation related to the behavioral pattern is depicted by Sushruta, Madhumehi prefers standing to walking, sitting then standing, lying down to sitting, & sleeping then lying down.

Prameha is a group of diseases that are established in the body due to Santarpana. Charka in Nidanasthana mentioned the disease in detail.

The Nidana, Dosha (Vatadi tridosha), and Dushya (Rasadi dushyas) are responsible for the occurrence and non-occurrence of disease. If these three factors are having less strength and are connected then the establishing disease will not have all the signs and symptoms. If they are complete & with full strength, and their connection is strong then the disease produced will be having all the signs and symptoms. Some important points in this concept are, that Natural Kapha is not having the quality of ‘Bahudravatva’. In the normal state, it is in bounded form. Here in Prameha samprapti, it loses its bounded form due to some specified causes and changes to the bahudravatva (liquid) form. Dravata(Liquid nature) is high in the acharya’s concept and it is stressed by the term ‘Bahu’. The dushyas included are, meda, mamsa, Sharir kleda, Shukra, Shonita, Vasa, Majja, Lasika, Rasa, and Oja. The special characteristic feature of the Dushyas is in the Bahuabadhha form.

When Sadhya Roga changes into Krichrasadhya or Asadhya it can be called as Vidhi Samprapti. It commonly occurs in untreated conditions. As far as Madhumeha is concerned, we can partly include it in Vidhi Samprapti. Acharya Sushruta explains as if all the Prameha are not treated first, they will gradually pass to the stage of Madhumeha.

Acharya Charaka has described Madhumeha vividly. Vagbhattacharya divides Madhumeha into two types, according to Samprapti. The Madhumeha is included in the Vataja type. If Vataprakopa occurs due to Sarvadhatukshya, it is called Dhatukshayajanya Madhumeha. And if Vataprakopa manifests as a result of Vatavarana, it is called Avaranjanya Madhumeha. Acharya Sushruta explains as if all the Pramehas are not treated initially, they will gradually pass the stage of Madhumeha.

Generally, the concept of prognosis in the case of prameha re given by all acharyas as,

established due to avarana.

To have walked, traveled on elephants, horses, and different plays, a different forms of martial arts, and roamed in different places without chappal and umbrella.

Chikitsa-sutra (principles of treatments) and Chikitsa (Management Proper) are the two divisions of this major part. Both these are described very well in the classics. But the concepts & methods are different in different conditions, considering the Vyadhi Swabhava & Atura. The Samprapti should be considered deeply before stepping to manage.

Charaka Acharya considers two types of patients, one with stout body structure & strength and the other without strength & krisha.

Sushruta acharya also says that Sahaja Meha Rogi will be krisha & apathyanimittaja rogi will be sthula.

In the context of medoroga, the managements described are parallel to that of meha since the dosha & dushyas are the same to a major extent. After considering all the factors the two types of management emphasized are:

Like every disease, those factors which are responsible for the production of the diseases are eliminated and if further, causative factors are prevented Meha can also be treated. Madhumeha can be treated in this way although it is described as incurable. In Pratyakhyeya vyadhis, symptomatic relief can be given by proper management.

Different types of vyayama, kshut, udvartana, Dhara & snana with churns made of Chandana, Aguru, Ela, etc. are advised to use in kaphaja meha to reduce the increasing attitude of kleda, meda, and Kapha. [Cha. Chi. 6/50]

Acharya Sushruta has described that all types of Prameha if not treated properly in time, get converted into Madhumeha.

Considering Sthula & krisha pramehi, Samshodhan Chikitsa should be administered only to the sthula & Balvan Pramehi. Sarshapa, Nimba, Danti, Bibhitak & Karanja Siddha Taila or Trikantakadya Sneha (Ghrita or Taila according to dosha predominance should be used for Abhyantara Snehana. Here while explaining the Samshodhan, Charaka describes using the Malashodhan yogas from Kalpasthana

Both Pitta & Kapha are eliminated through shodhana. Either it may be Vamana or virechana, because of; Pittantam Vamanam, Kaphantam Virechanam. In Virechana pitta is eliminated first, then Samyak Lakshana of virechana is kaphadarshan, so both pitta & Kapha doshas which are vitiated are eliminated. Then the described

Anuvasana & Asthapana Basti chikitsas are able enough to control the provocation of Vata. Like this, all the doshas are normalized to keep the dosha samyata.

Anuvasana with medicated oils & ghritas is prescribed in Madhumeha. After proper Shodhan Chikitsa, Charakacharya details to give santarpan chikitsa to the patients, to prevent the complications like Gulma, Bastishula, etc.

Acharyas introduce different tarpana upakramas in Vatika mehas. It is due to the less strength of the patient. Acharya Charaka & Vagbhatta says that the kashaya yogas should be enriched with Sneha and given to Vatika Mehas.

Acharya Sushruta explains that Shilajit should be taken after triturating with Salsaradi Gana kwatha. After its digestion patient should take Jangalamamsarasayukta Anna. He prescribes taking 1 Tula of shilajit. 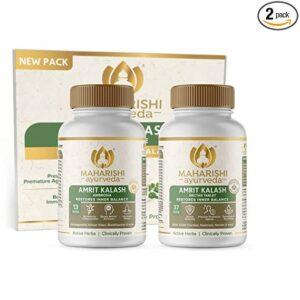